Future of Pacific Islands Forum in doubt as Palau walks out

FactsMatter Message FactsMatter
February 5 in General
Palau, the Federated States of Micronesia and Nauru had questioned whether to remain members amid bullying claims

At least one Micronesian country has abandoned the Pacific Islands Forum – and others could follow – after a fractious vote for a new secretary general sidelined the north Pacific countries, who say they are bullied by larger nations, and left with “crumbs”.

The Pacific Islands Forum (PIF) is the Pacific region’s most important political body and a powerful voice for the Pacific on the global stage, but the election of former Cook Islands prime minister Henry Puna as secretary general has exposed a deep fracture between north and south Pacific nations.

An exodus of nations from the Micronesian sub-grouping would be a critical blow to the forum’s international credibility.

In a diplomatic demarche, Palau has said it “will be terminating its participation in the Pacific Islands Forum”.

“The process regarding the appointment of the secretary-general has clearly indicated to the Republic of Palau that unity, regionalism, and the ‘Pacific Way’ no longer guide the forum.”

In addition, the Federated States of Micronesia and Nauru have openly questioned whether they will remain members: all Micronesian leaders will meet next Monday to discuss abandoning the forum.

“There is no need really for Micronesia to be part of the [forum], they don’t really consider us part of them,” Palau president Surangel Whipps Jr told the Guardian. 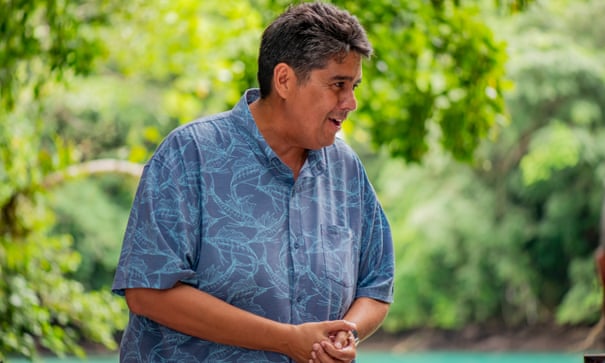 The ‘Pacific Way’ is premised on consensus and dialogue, understanding and reciprocity. But there has been little on display in the region this week.

Hampered by an inability to meet in person because of Covid-19, the usually peaceable process to elect a new secretary general of the Pacific Islands Forum – the region’s chief diplomat and bureaucrat – descended into barely veiled acrimony this week.

Having served as prime minister of the Cook Islands for a decade before resigning to run for the PIF job, 71-year-old Puna is well known and respected across the Pacific. But his divisive and narrow election – by nine votes to eight – has exposed a schism between the north and south Pacific, a divide that will be one of his most pressing, and difficult, jobs to repair.

Also this week, Pacific leaders were stunned by Fiji summarily deporting the vice-chancellor of the University of the South Pacific, an influential institution jointly owned by 12 Pacific states that as a shining light of Pacific regional co-operation.

Vice-chancellor Pal Ahluwalia, who had angered the Fijian government with his exposure of allegations of corruption under previous university administrations, had his home raided and was forcibly deported just as the Pacific leaders were sitting down to meet.

The Pacific Islands Forum leaders forum was held online, the first time leaders had not been able to meet in person.

This year was Micronesia’s turn, and the ascension of its agreed candidate – the Marshall Islands ambassador to the US, Gerald Zackios – appeared, initially, a formality.

But other, larger Pacific nations insisted upon their candidates, and, with a field of five, Wednesday’s forum ran deep into the night, settled only by a series of fractious votes that ultimately settled, by nine votes to eight, in favour Puna, a Polynesian candidate, over Zackios.

Publicly, the forum said its decision to choose Puna ultimately had unanimous support. “All the leaders were very strong in their support for the new secretary-general,” forum chair, and Tuvalu prime minister, Kausea Natano said.

But reports from inside the meeting say it was “bruising” and “heated”, with the room divided between north and south Pacific nations.

With smaller populations and economies, Micronesian nations feel they are consistently overlooked by comparatively larger Melanesian and Polynesian countries.

“Clearly there is no need really for Micronesian to be part of the (forum), they don’t really consider us part of them,” the president of Palau, Surangel Whipps Jr, told the Guardian.

David Panuelo, president of the Federated States of Micronesia, told ABC radio: “if there is no trust, and recognition of rotation between the sub-regions, then there is really no reason to remain in the Pacific Islands Forum”.

“To say we’re [Micronesian countries] disappointed is an understatement”.

A statement from the Nauru government said: “President Aingimea’s position is that if this is the way Micronesia is treated then it is better off withdrawing from the forum”.

But Aingimea stressed Pacific nations would “stand together” on global issues.

Whipps said the Micronesian countries had previously made clear their threat to leave the forum if the ‘gentlemen’s agreement’ was not honoured.

“What I’ve discussed with the FSM president is that we need to act on what we said, otherwise they will think we are just joking.”

Whipps alluded to the forum’s two largest countries, Australia and New Zealand, exercising their outsized influence in favour of the south Pacific, leaving the north of the region with “crumbs”.

“They pushed a vote and now there is a split. Really the two major players in this are Australia and New Zealand, and if those two didn’t vote, Micronesia would have won.”