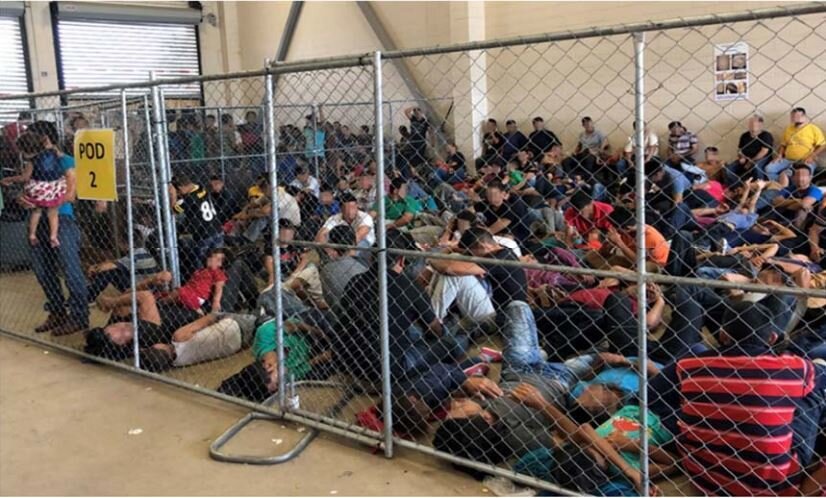 The Department of Homeland Security's Office of Inspector General is warning about "dangerous overcrowding" in Border Patrol facilities in the Rio Grande Valley of South Texas.

In a strongly worded report, the inspector general said the prolonged detention of migrants without proper food, hygiene or laundry facilities — some for more than a month — requires "immediate attention and action."

The report comes amid growing outrage over detention conditions for migrants and follows reports that migrant children were kept in squalid conditions without enough food and basic necessities in a Border Patrol station in West Texas.

Inspectors from DHS's Office of Inspector General in June visited Border Patrol facilities and ports of entry across the Rio Grande Valley in Texas, the busiest sector in the country for illegal border crossings.

"We are concerned that overcrowding and prolonged detention represent an immediate risk to the health and safety of DHS agents and officers, and to those detained," they wrote.

In its response to the report, the Department of Homeland Security says the surge of migrants crossing the Southern border has led to an "acute and worsening crisis."